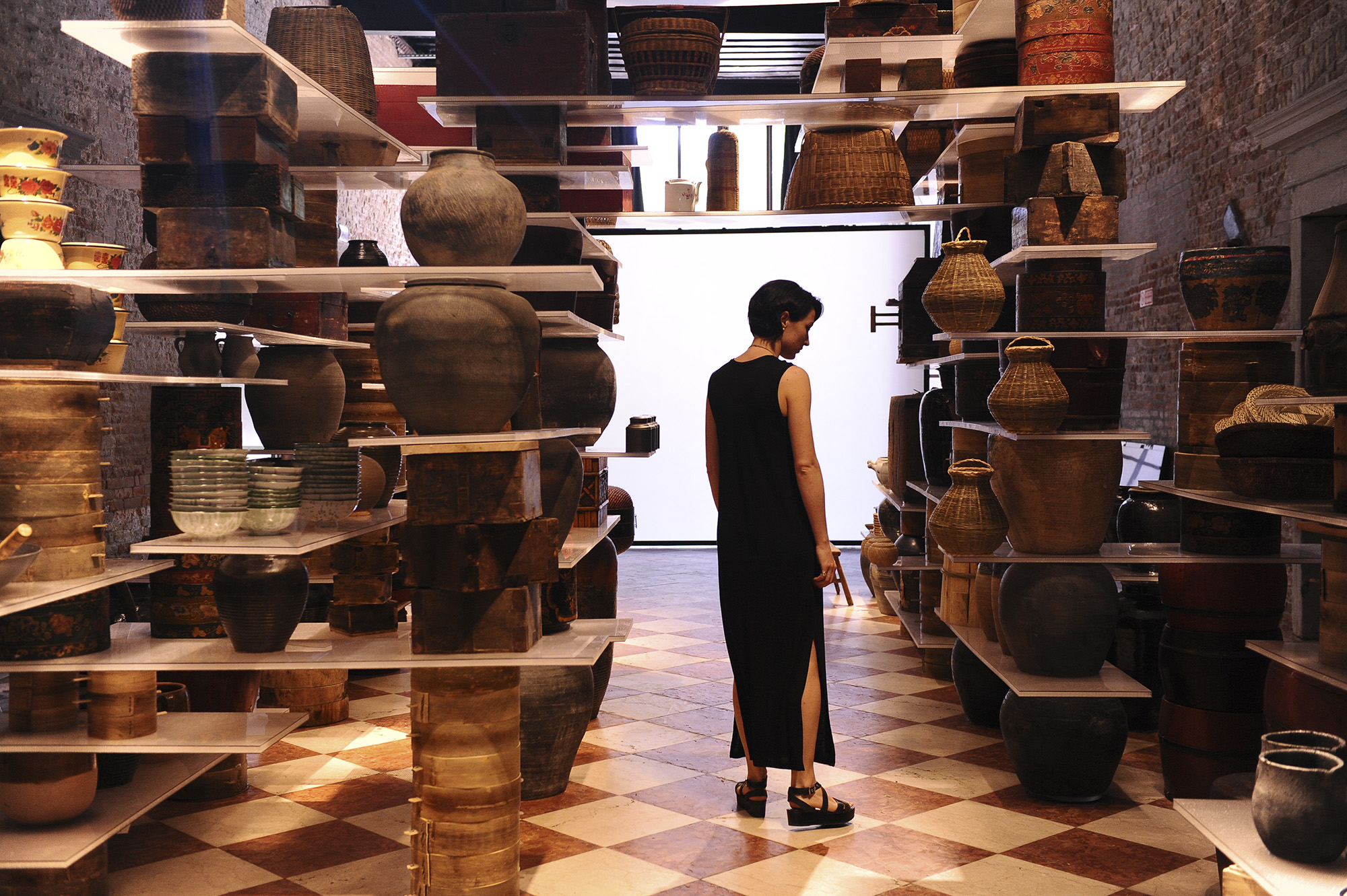 On May 28th 2016, the 15th Venice Biennale of Architecture 2016 ‘Chengdu Projects’ inaugurated in Universita IUVA di Venezia Ca’Tron. ‘Chengdu Projects’, collaboratively held by Chengdu Media Group and Beijing Centre of the Arts, gathered masters’ panels, comprehensive exhibitions, night talks and parties, which was an indelible mark on the biennial. As a city full of natural wonders and humanistic originality, and a supporter for ‘Back To Nature’ philosophy, Chengdu widely received attentions during the opening, and became a typical case study and an ideal template for Chinese cities even global cities across the world. The ‘Next Creation’ International Design Forum gathered opinion leaders on architecture. They considered sustainability from both the urban and rural perspectives, bring the world their deep thoughts. BCA’s ‘Chengdu: Kitchen Project’ exhibition reflected the theme of Biennale of Architecture: ‘Architecture and citizens: Design in service of people’.

‘Next Creation’ International Design Forum was a reconsideration of Shanghai Biennial ‘Urban Creation’, co-curated by the founder of BCA Weng Ling and Shanghai Museum of Art in 2002, with the latest ideas and experience from more than ten years. For years Weng Ling and BCA have kept the slogan ‘art is power to change in the society’ in mind, implementing art and design into developing architectures, urban planning, ecology and society. To stimulate a conversation in the field of architecture, they have explored ceaselessly for more than ten years after 2002. Thanks to globalization, we are now on the same page with the world masters. After the mass scale exploitation on urban construction, China and the world are facing more challenges together. ｀

‘Back to Nature’ highlights the spiritual connection between humans and the nature. It does not only mean drawing attentions on the rural, but also includes inventing an effective way to recycle and recreate resources, thus transforming the urban life better sustainable for humanity. Therefore, the architectural conference ‘Next Creation’ addressed the old topic, meanwhile opened up new dialogue. Chengdu widely received attention for its marvelous natural and cultural resources.

Zaha Hadid Architects’ cofounder Patrik Schumacher proclaimed his pity on declining life standards of people China and Asian countries, when they have contributed on modernization and globalization of the world. Not only the urban environment losses its beauty due to pollution, but also losses its unique leading role in economic development.  Under this situation, architectural designs should embrace themselves to the surrounding and integrate into nature. How to incorporate order, beauty and elegance into dense urban area becomes paramount.

MVRDV’s cofounder Winy Maas also shared his contemplation: ‘leaveing blank’ is required in city that is compact. He considered there is no conflict rooted in the landscapes, but the focus should be deepening the meanings while maintaining original views, while developing economy. Furthermore, everything that is done outside the cities should not reveal itself, not only in China, but also in Europe. Compared to ten years ago, the pristine mountain views can only be seen at few places, the rest are all compromised under fast-growing touristing industry. China could learn a lesson from cases in Europe to avoid making the same mistake again.

FCJZ’s founder Yung Ho Chang talked about revolutions in Chinese cities in the past 20 years. The city, as the power suppliers of productivity, its long-term development is inseparable from growth in GDP. Too much weight is put on reconstructing cities for habitability；however, cities like Beijing is still on its way to be called ‘a comfortable city to live’. Therefore, when restructuring economy, cities’ inner structure should be adjusted respectively, thus promote culture and creative industry to make the cities more livable.

Developing countries like China had built a lot of Mega Cities. Our time has given urban life uniqueness. George Jensen’s CEO and creative director David Chu said technology has radically transformed people’s ways of living. Being a new yorker and live has traveled to the major global cites, he adores many different cultures. In his opinion, having historical accounts, architectures in different cities should vary by nature.

The founder of Jiakun Architects Liu Jiakun, metaphorically described the relationship between architectures and the nature. For him, the anthill built on African tundra are the termites’ kindoms. All the rest of the tundra is nature; for humans who are more sublime beings than termites, consider both anthills and tundra Nature. Similarly, if there exist a higher being, our cities and villages could be seen as parts of the nature—city is human’s anthills.

Architecture is not only a concern of the urban, but also has been extended to rural regions. KKAA’s founder Kengo Kuma never disguises his affection towards China’s villages and their architectures. However, for the architects, rebuilding the rural involves issues from many aspects including morality, than ‘back to nature’ on the surface. As said by Jiakun, when civic architects arrive at the rural, they undoubtedly have advantages in design language and architectural techniques. Nonetheless, they may be condescendingly self-involved in their positions, thus ignore true concerns of local people.

MAD Architects cofounder Ma Yansong opposed having discourse on cities and villages together. He considered them should be categorized clearly. Most architects talk about topics on urban concerns, such as transportation and pollution; recently, more of them become passionate about issues on rural buildings. If only stick with the concept, we are able to build museums or even luxury hotels in these areas, but it is really challenging to make them habitable after reconstruction. For people living in countryside, the ideal lifestyle, nature, and environment are different from city people. In Ma’s opinion, dialogue in the field of architecture addresses more on cities.

The food critic and multi-media active Ouyang Yingqi focused his work on organizing and exploring global and local food cultures. He believed food was the only way to connect the world. Food, lifestyle, art and design are inter-related and have no boundary between them.

Besides the conference, Ca’ Tron also displayed ‘Chengdu: Kitchen Project’ on the first floor, which was curated by BCA. Three parts in the exhibition –‘Floating Kitchen’ (KKAA), ‘Infinity Kitchen’ (MVRDV), ‘Chengdu Kitchen’ (Ouyang Yingqi) creatively illustrated the city’s unique urban lifestyle from three different aspects: place, function and space, exploring a intertwine of architecture with Chengdu’s philosophy as a city through ‘food’. The result of the research will be applied to Jiezi old town’s hotel project in Chong Zhou, Chengdu. In order to became an experimental cultural landmark, and bring opportunities for further development to this city that full of distinctive natural resources.

Everything about cooking and eating in Chinese culture is exceptionally attractive to Kengo Kuma. Humans and objects are tightly connected in a space, and it always form a sense of intimacy, which represents people’s lives in reality. In this installation ‘Floating Kitchen’, he tried to create a space that was based on structure built by collection of objects completely. The objects in this space could show their original functionality and property while contacting people, through assembling or detaching from surrounding. The space breaks the spatial hierarchy of ‘ architecture-furniture-object-human’. Only in a space like this, both objects and human are able to regain their nature, and perform a basic interaction.

The ‘Infinity Kitchen’ is a cooking area made of glasses. It is imagining the next future kitchen designs and new possibility of living environment. The installation is based on modularization of modern kitchens, aiming to improve cooking experience. It made obvious ‘kitchen’ spatial speciality, and reconstruct a poetic atmosphere. ‘Infinity Kitchen’ also belongs to another long-term running project ‘Transparent City’ that research on future cities. The project tries to craft a transparent urban life to reduce the claustrophobic feeling, in order to generate closeness within community.

Each place has its unique food culture and core values. Taste is the collective memory of the locals share on food and life. With this being said, kitchen is a museum of all local food memory. ‘Chengdu Kitchen’ publically presents flavors of the city, while embracing vision and value of the city and its people. The kitchen provides passing bys with ordinary mindset and apetites curiously and is an open kitchen open from day to night. It switches between a traditional food market,

The ‘Night of Chengdu’ was launched in Venice’s Danieli Hotel’s picturesque rooftop, with bell banging from Basilica di San Marco. ‘Night of Chengdu’ was a get-together of the outstanding and professional architects, which was the party of during the Venice Biennale of Architecture 2016. Being principal city representing China in the biennial, Chengdu spurred conversation and yearning among the guests, towards this region full of potential. Weng Ling, the chief organizer of the Venice Biennale of Architecture said emotionally, “watching the rivers flowing into Mare Adriatico ceaselessly, lets look back where we started. There were countless beautiful chances, countless intense debates of the world, and countless devoting collaboration brought us to this point. Like what was stressed on during the Architectural Leader Conference ‘Next Creation’, ‘what else can we do for this world’? … Now we finally gather together with pounding hearts, celebrate what we have and welcome whatever comes later. Hopefully more and more people will join us in this journey of nature, city and people’s destinies…” 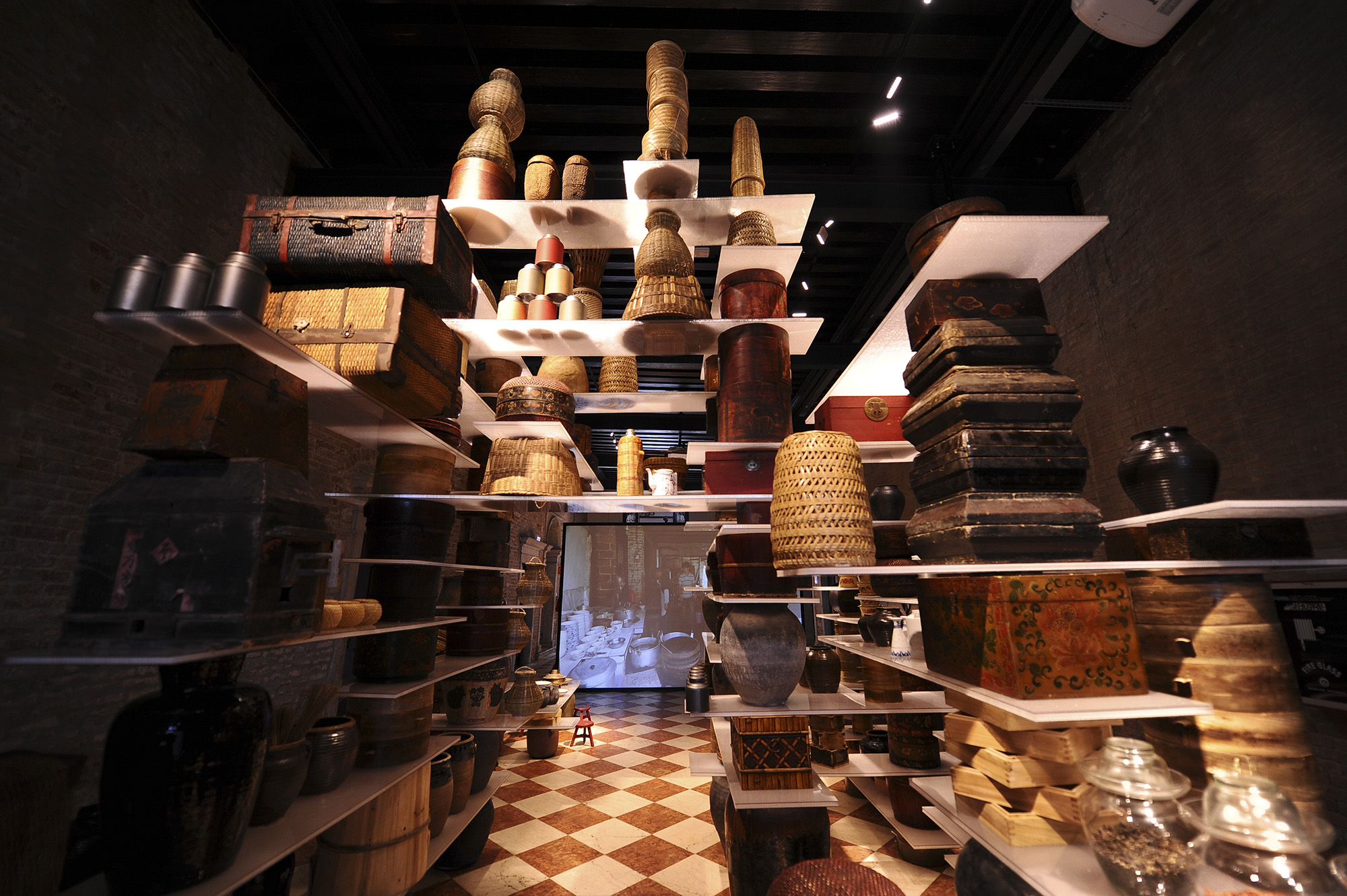 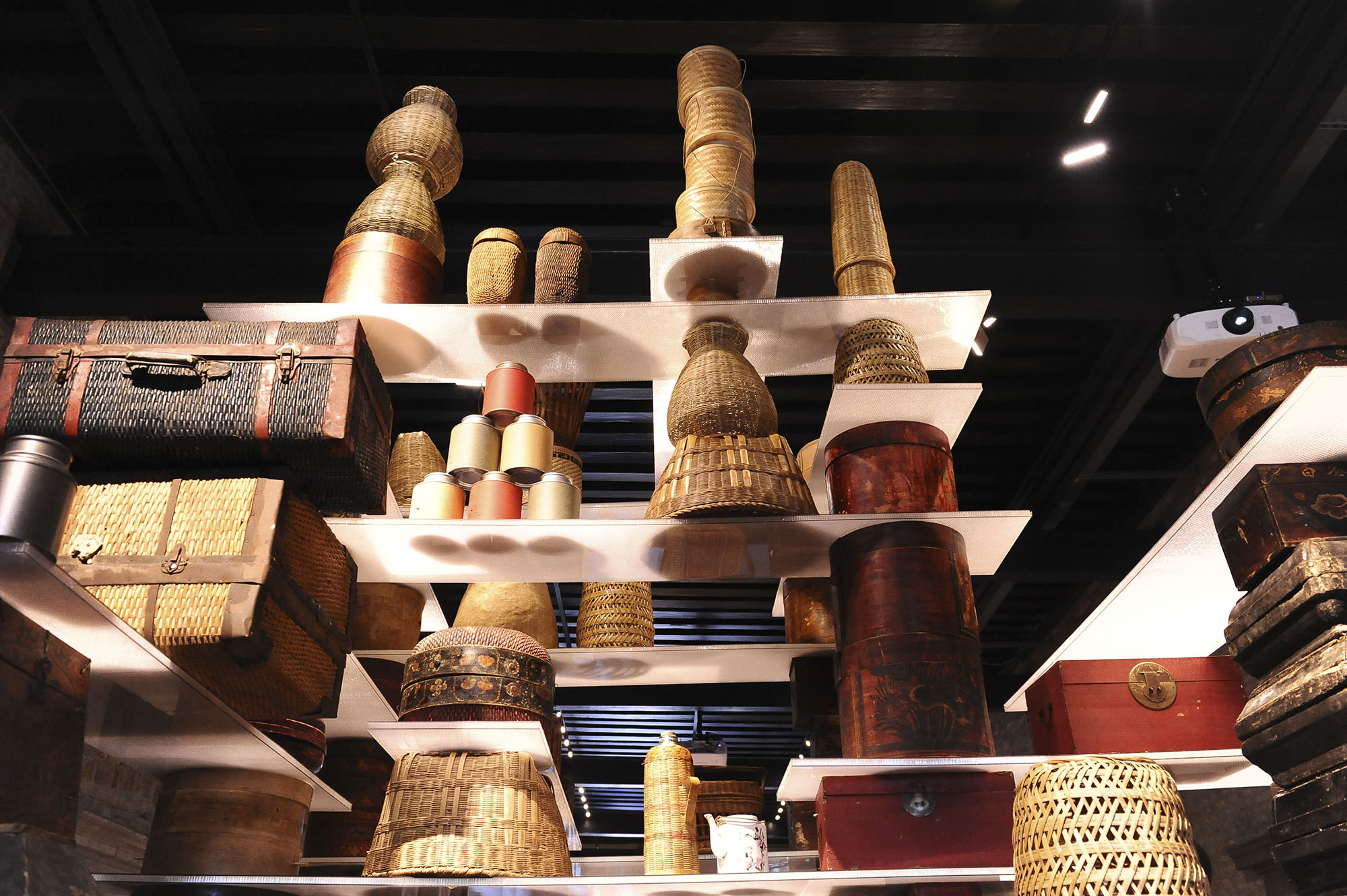 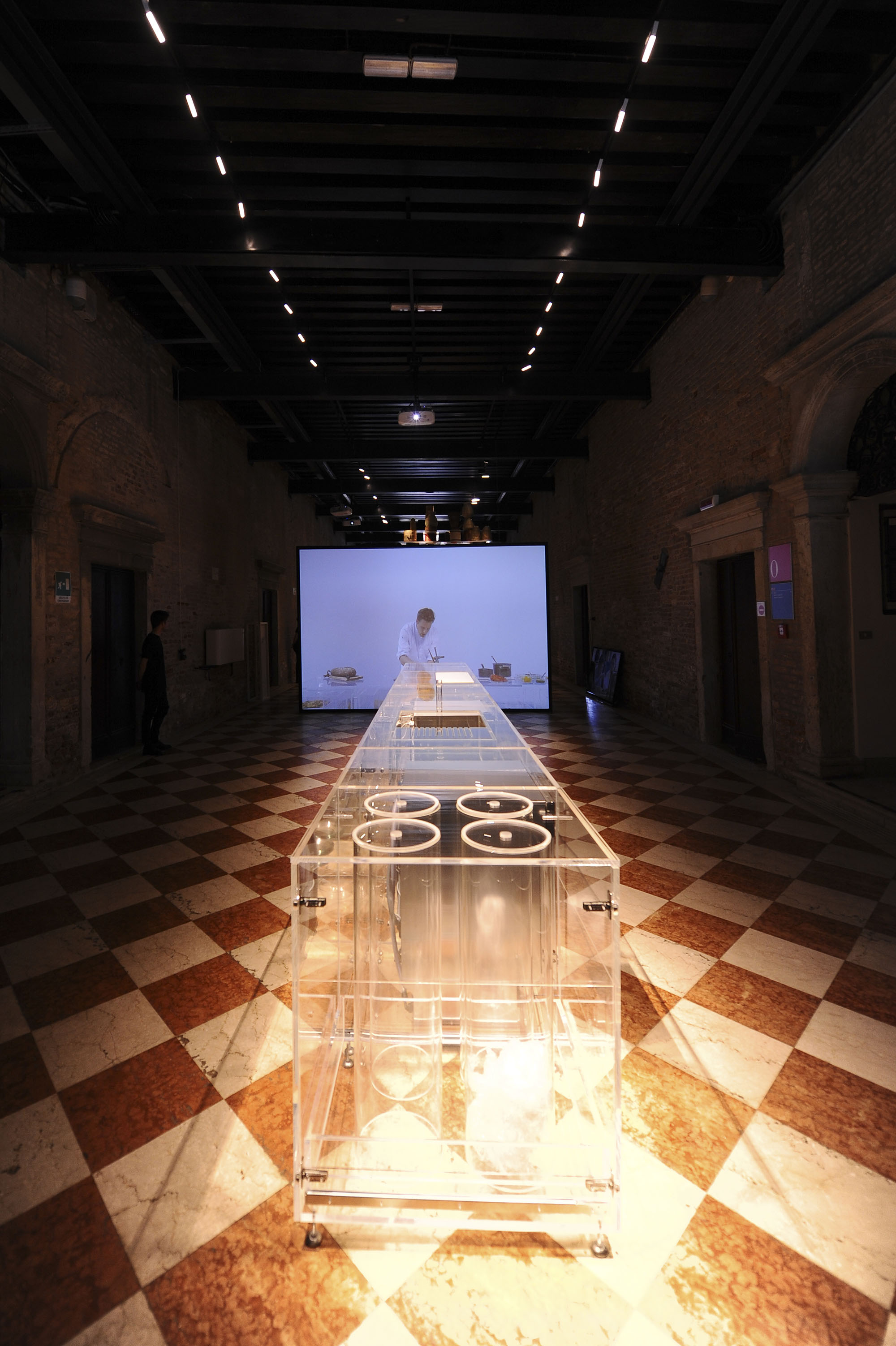 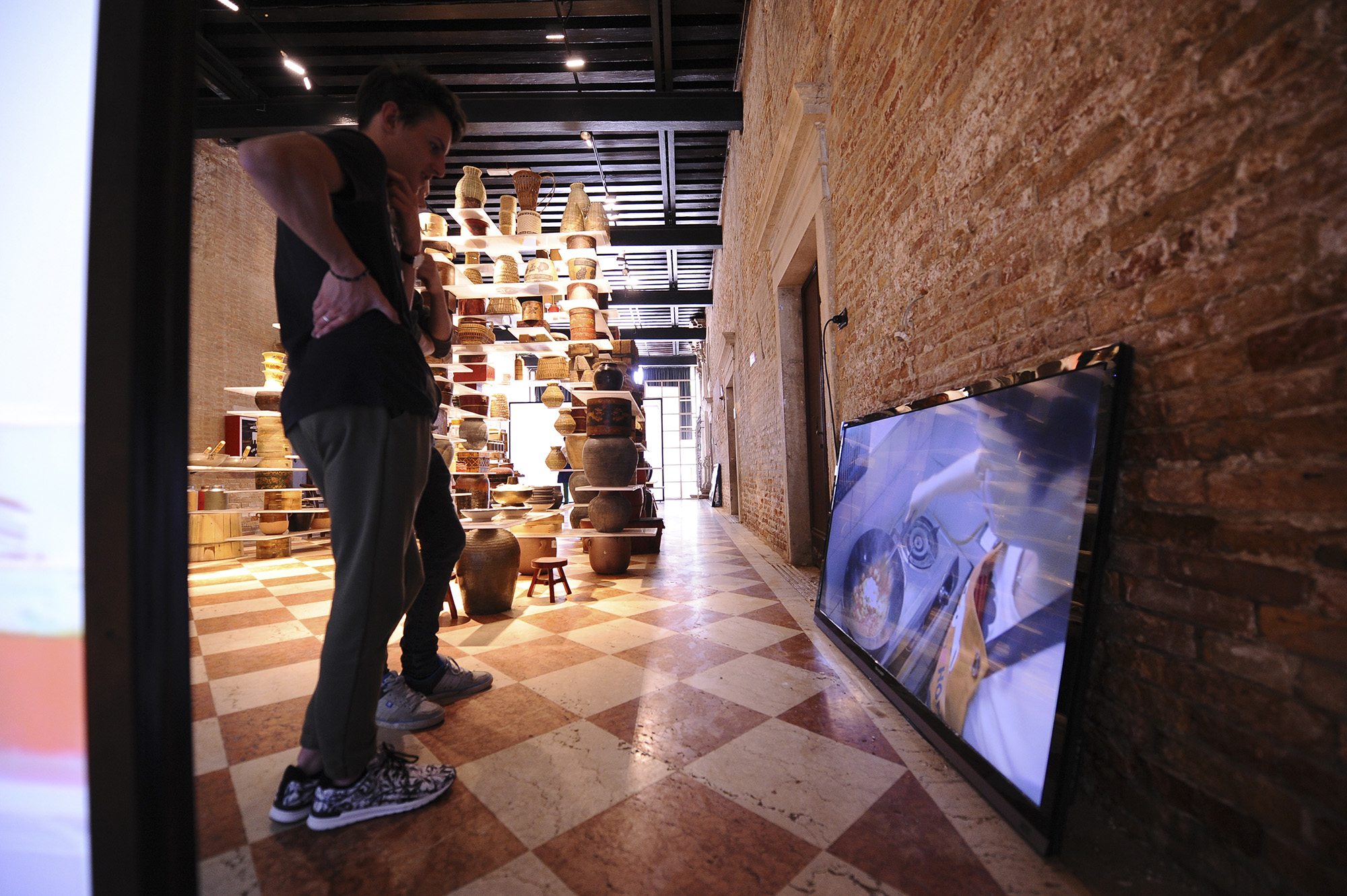 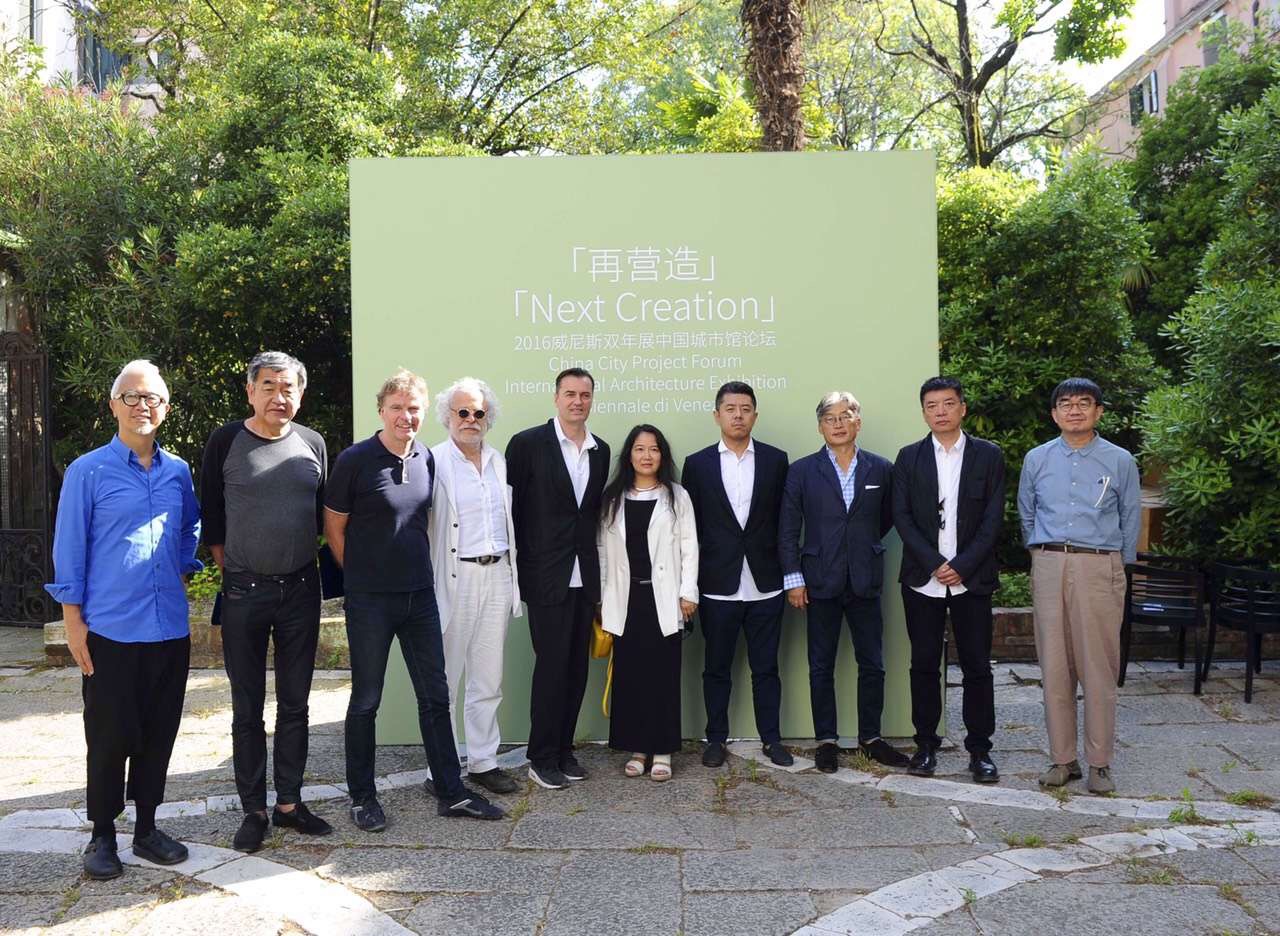 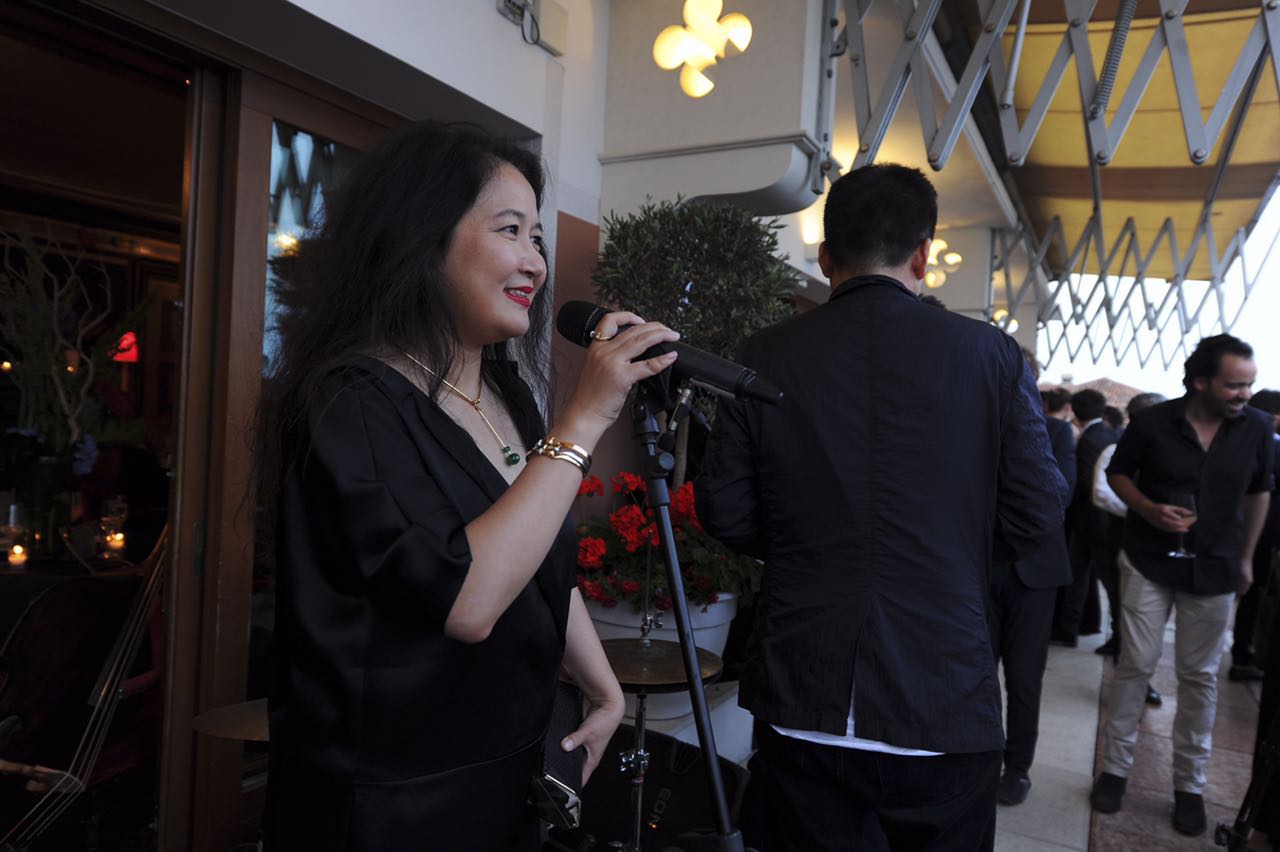 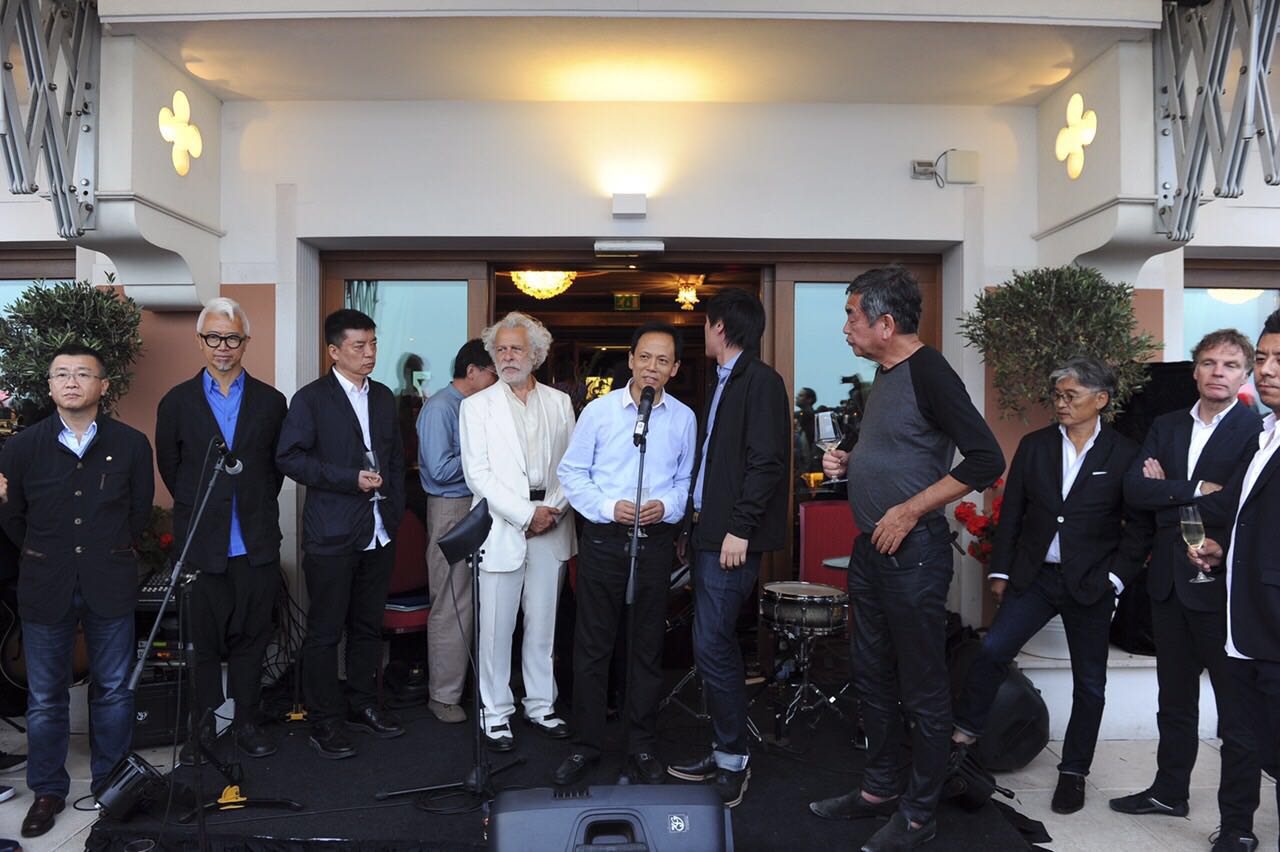 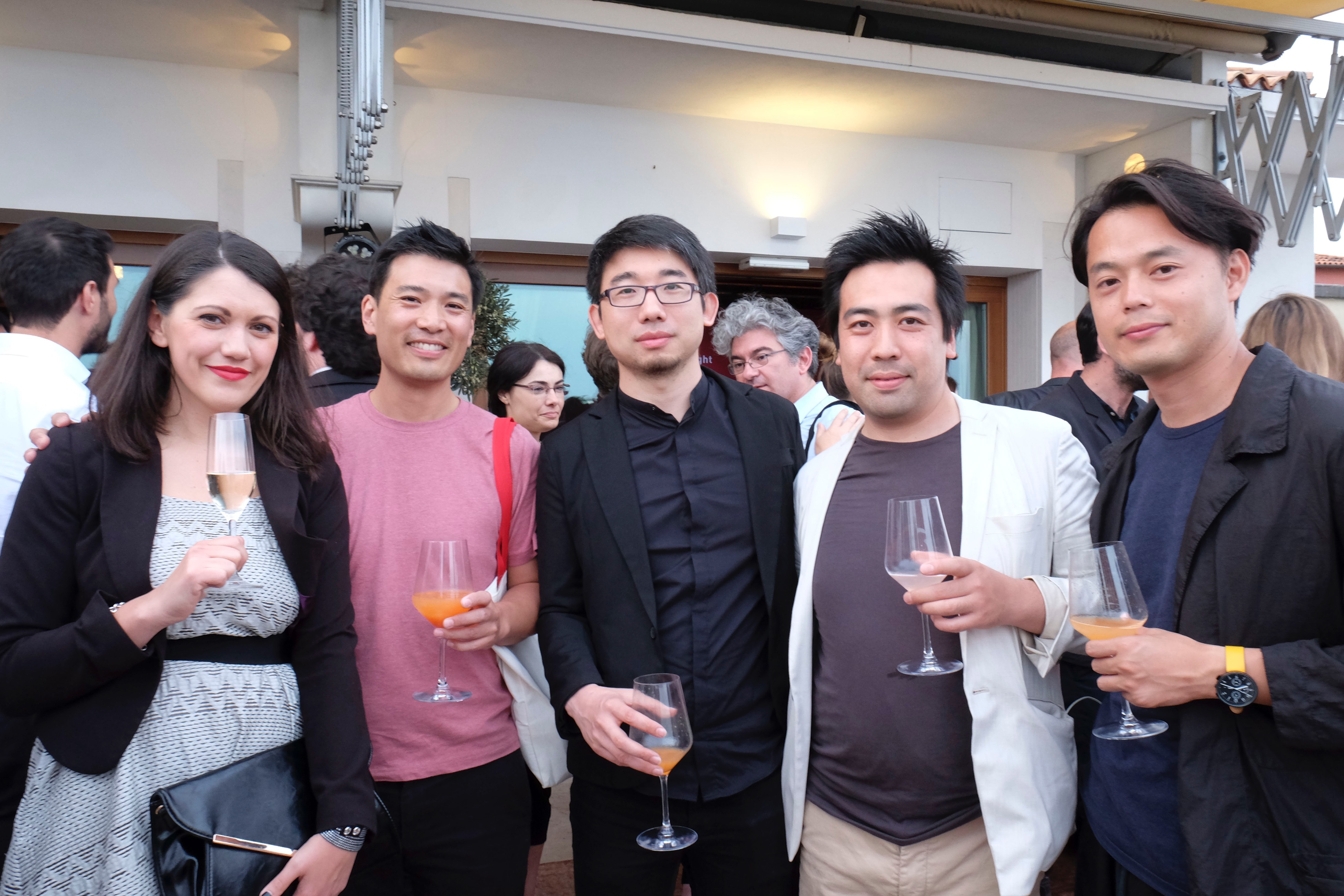 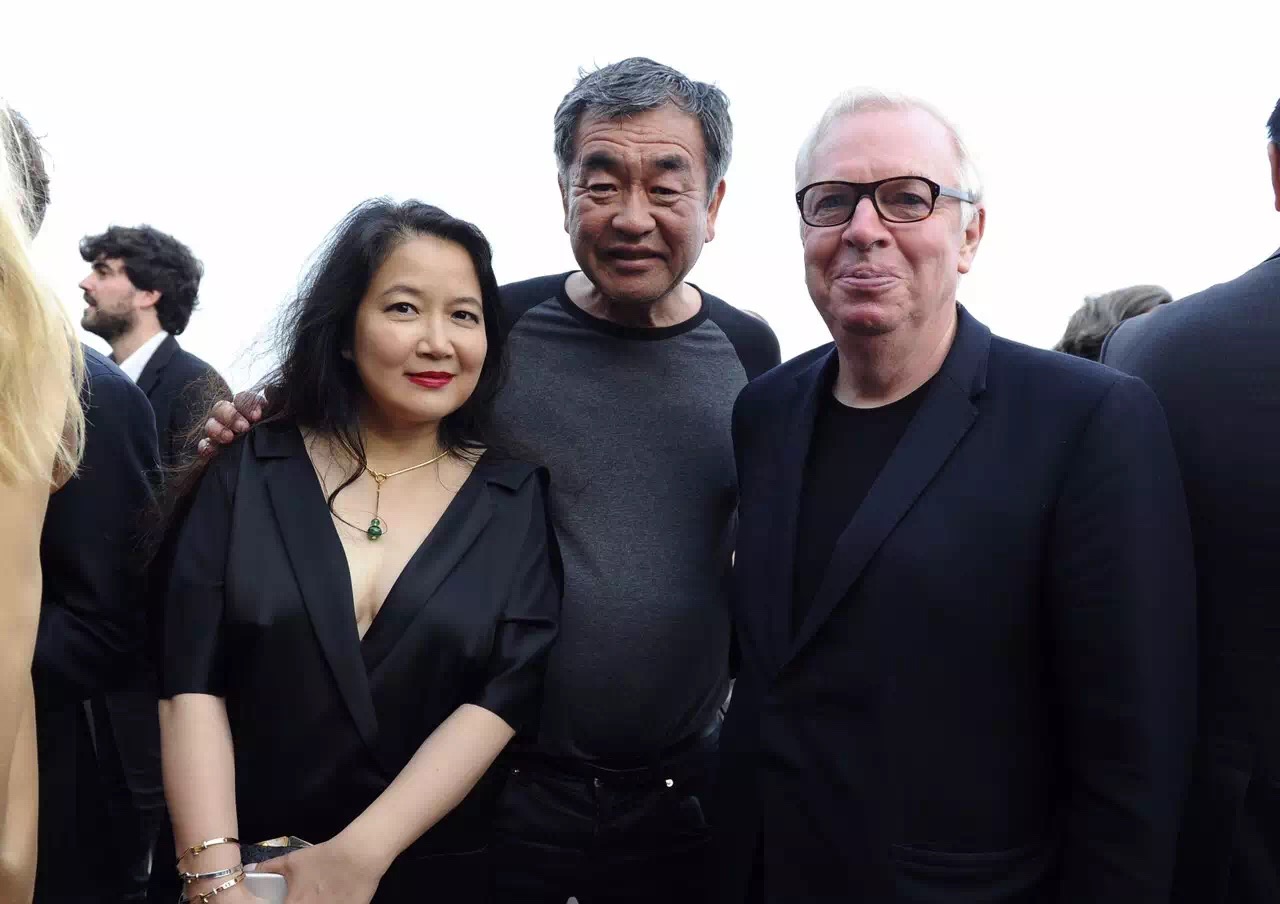 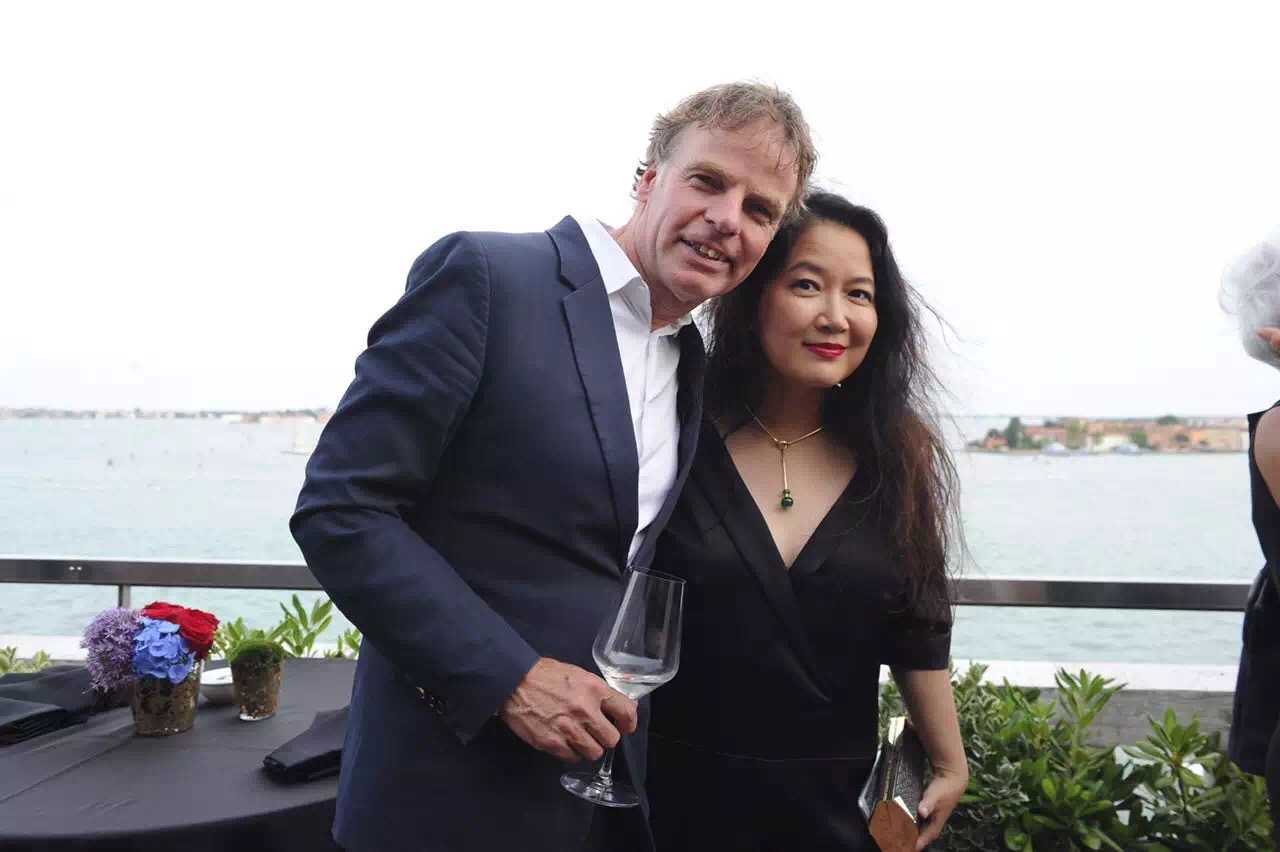 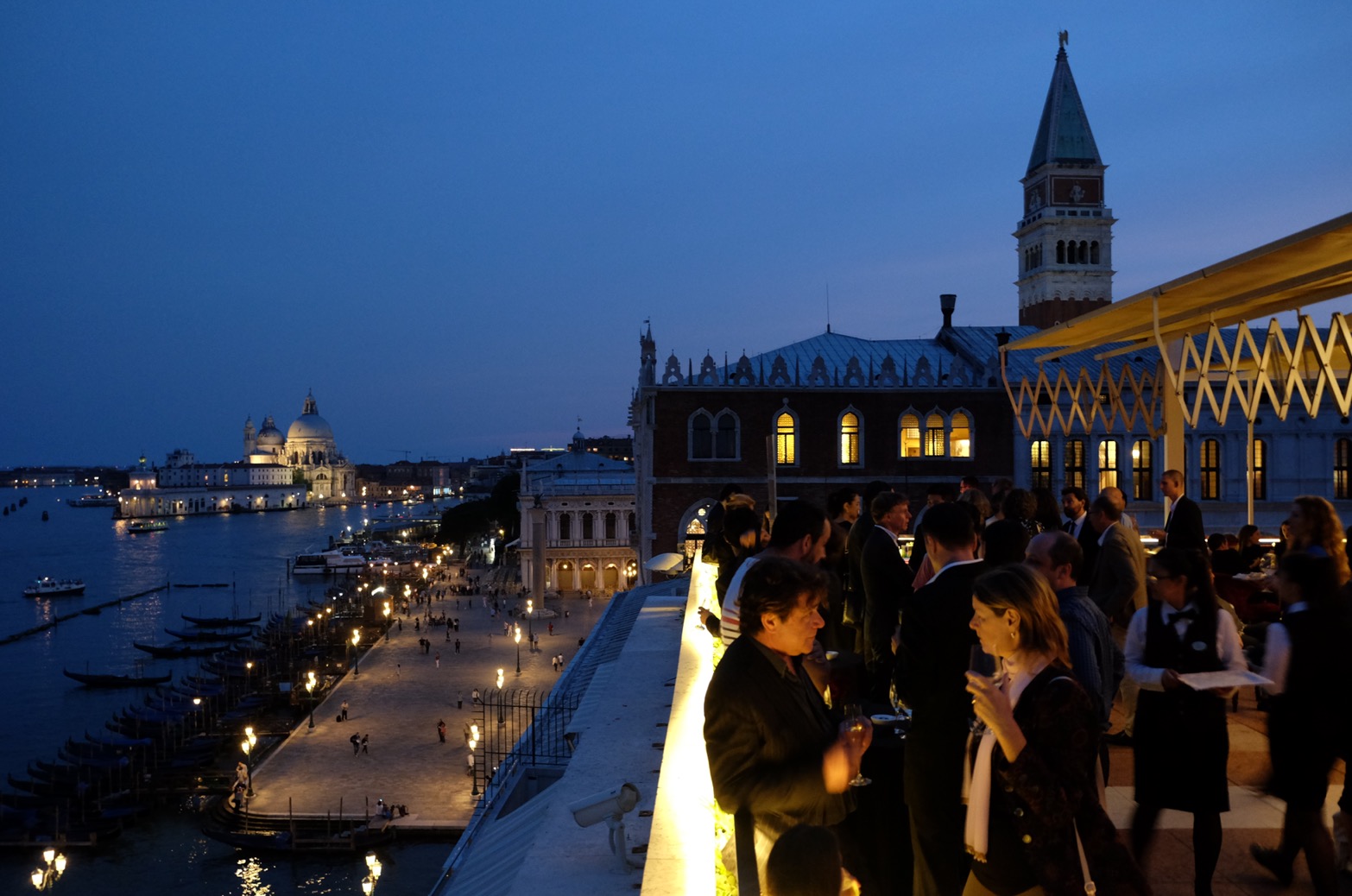 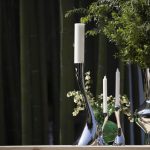 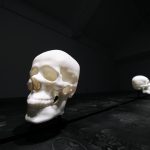